'What Doesn't Kill You' - Album Trailer

What Doesn't Kill You 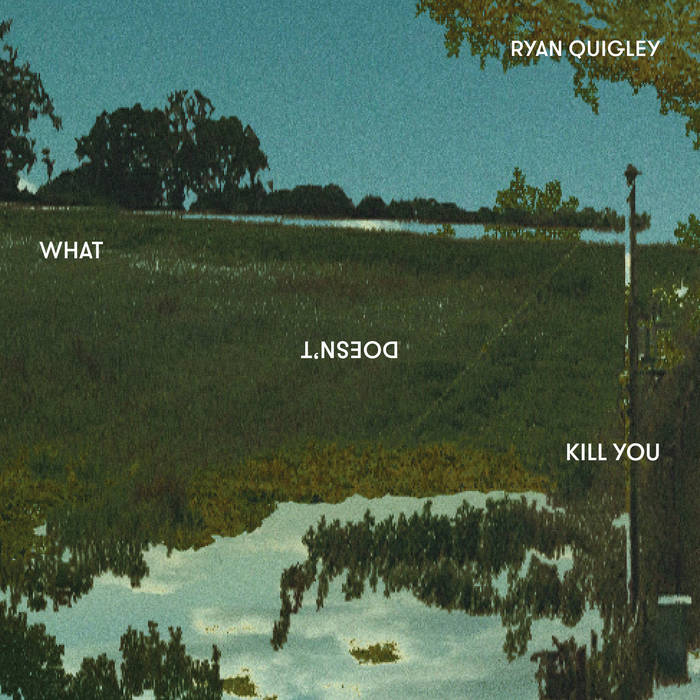 Having worked for a number of years with Scottish band Brass Jaw, as well as releasing his own album Laphroaig-ian Slip, Quigley’s experience shines through in this new set of originals which suggests the passion of early ‘60s hard-bop and early ‘70s fusion, yet is up to date in forward-thinking appeal. Here is music born out of strong compositional melody which, in turn, sparks honest improvisational freedom; and while it features the leader’s assured, incisive trumpet, the sense of group coequality remains blissfully evident throughout this near-hour-long session.

Characterized by Janisch’s simple, leaping figures and Clarence Penn’s softly pulsing rhythms, the lazy heat of ‘Green Light’ spotlights Hamilton’s eloquent piano, punctuated by gentle trumpet and sax phrasing; and an underlying poignancy in ‘Hymn To Their Homeland’ is affirmed by the creative openness of its solo bass introduction and the elegant mystery of Paul Booth’s low, swooning flute – an episode which is both affecting and majestic.

The deep groove of title track ‘What Doesn’t Kill You’ offers still greater freedom as Quigley’s blistering, stratospheric technique combines with Penn’s tumultuous drumming; and supported by Michael Janisch’s agile bass resonances, while Hamilton’s Fender Rhodes extemporisations are especially sweet. ‘Say What You See’ possesses that contemporary jazz-fusion edge, its rattling propulsion encouraging fiery soloing amidst the brightest ensemble colors (Penn matching both Quigley and Booth for voltaic energy); and the wide swing of ‘The Long Journey Home’ pulls out all the stops – a full-on vibe with the melodic framework to prompt powerful, often raucous individual expressions.

This release – bookended by lyrical, echoic solo trumpet – finds Ryan Quigley delighting in the opportunity of working with good friends who share his innate desire for musical integrity, and whom he also counts amongst his musical heroes: “My hope is that this recording captures something of that ambition, and that listeners can feel its warmth, depth of feeling… and friendship.”

“Live jazz playing at its best.”
★★★★ The Guardian

"A fine band of like minded musicians... Classy."
★★★★ Jazzwise Magazine

"An exhilarating evening of jazz... Steeped in the traditions of the idiom, but in no way restricted by those traditions."
Seen & Heard International

​"​Strong melodic themes are a constant throughout and the playing from a stellar cast is terrific​... Bright, inventive and vivacious​."
★★★★ The Jazz Mann

"Ryan Quigley proves with his latest recording that he can write swinging and engaging tunes as well as he plays them. A very satisfying set indeed demanding frequent replays."
★★★★ All About Jazz

"Strong melodies, a cohesive, collective sound, and the assured improvisational flights one would associate with Quigley and his band mates."
Bebop Spoken Here

"It’s a great set of tunes, firmly grounded in the tradition as codified in the hard-swinging 1970's, with everyone playing their hearts out and a real feeling of warmth and friendship between the participants."
Jazz Views (Album of the Week)

"An absorbing album which shows how a contemporary sensibility can be applied to past jazz genres to create something new and original."
Sandy Brown Jazz