'Too Much Love' - Album Trailer 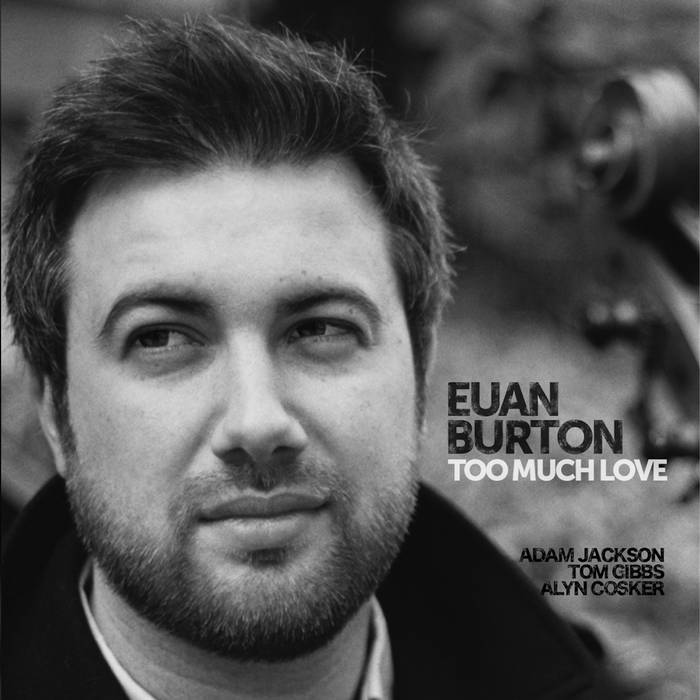 Too Much Love is the follow up release from Scottish double bassist, composer and producer Euan Burton, whose first Whirlwind album Occurrences (May, 2012) was met with international acclaim. On this latest record Burton deepens his penchant for developing thematic material that runs the course of the album, while artfully balancing composition with improvisation.

After the release of Occurrences, which featured musicians from his native Scotland, London and New York, Burton looked to form a new group with musicians from the Glasgow scene (where he's currently based) to develop a cohesive rapport with his new material. Following tours around the UK and Mainland Europe they went to Castlesound Studios (Scotland’s premier recording facility) to document the suite of music composed by Burton that makes up Too Much Love.

Burton explains: "The title comes from the notion that so many of the things that go wrong, or the mistakes people make, come from a place of either people having misplaced love or having so much love that they don’t know how to deal with it and channel it properly. I guess it’s a rose-tinted way to look at certain darker and more upsetting aspects of life and this struck me as a good starting point for writing a new album, this idea of 'too much love'."

As always his collaborators play a central part in the music and although this may be a new quartet it contains three of his long-time associates. Featured on piano is Tom Gibbs, one of Burton’s oldest collaborators; their co-led group released 2010’s Forgotten Things which had Ari Hoenig on drums. Burton also produced and played on Gibbs’ 2012 Whirlwind release Fear of Flying. Alyn Cosker (drums) is a powerhouse of the Scottish music scene and while he and Burton have never recorded together they have been performing in various projects since 2006. Cosker's virtuosic talents come from years of experience with jazz artists such as Tommy Smith, Lee Konitz and Joe Locke and his attention to detail and considered touch on Burton's music is one of the highlights of the record.

Alto saxophonist Adam Jackson may be a new name to many, but he and Burton have known each other since attending high school together. A former student at Birmingham Conservatoire he developed in the ranks of Tommy Smith’s Youth Jazz Orchestra. His tone and melodic development during improvisations show a maturity beyond his years and this album provides a great platform for showcasing this rising star of the Scottish scene.

Burton himself contributed all the emotive compositions, performs as bassist, produced, mixed and mastered the album, displaying an impressive palette of musical skills. As a bassist his warm tones and poignant improvisations give nod to the Charlie Haden school while retaining his own voice throughout. He's a first call as a sideman across many genres in Scotland and has appeared on dozens of albums to date, as well as performances with many contemporary jazz greats including Ari Hoenig, Gilad Hekselman, Walter Smith III, Will Vinson and Jonathan Kreisberg. Some session highlights include performances with folk legends Aly Bain & Phil Cunningham, pop group Texas and Burton can be heard on the latest Disney Pixar film Brave.

"The album works on every level... A brilliant realization of Burton's very personal vision."
★★★★ The Jazz Mann

"The compositions seem subtly interrelated within a broader, rather elegiac theme, but still with ample variation in individual mood and tempo... The playing and improvising is never less than fluent and inventive."
★★★★ The Scotsman

"Burton is a composer with an ear for strong melodies, be they plaintive or jubilant and in both alto saxophonist Adam Jackson, who wears his heart on his sleeve Art Pepper-style, and pianist Tom Gibbs, he has players who can express and develop them with sensitivity and creative momentum."
★★★★ The Herald Scotland

"A beguilingly attractive selection of new compositions. Well worth checking out."
The Northern Echo

"This is conversational music making of the highest order... It certainly shows Burtons increasing maturity as a bassist, producer and composer."
iBass Magazine

"A strong sense of yearning and heart-on-sleeve emotion, imbued with the plaintiveness of traditional folksong, are the predominant characteristics."
AP Reviews

"A very personal, distinctive statement from Burton as well as great performances from this fine band."
London Jazz

"Combines elements of Celtic romanticism with formal classical devices and enough rhythmic verve to place it within the jazz canon without submitting to the restraints imposed by conventional interpretation and expectations."
Jazz Views

"An inventive energy with some lyrical playing, as in Jackson’s sax singing through the wistful
ballad 'All that is Left'or 'Rhapsody', which progresses from pianist Gibbs’s impressive opening cadenza through jubilant explosions and meditative murmurings."
The Scotsman

"A rather beautiful work... Excellent compositions... As for Burton, a fine bass player and a composer of outstanding ability."
Bebop Spoken Here

"A strong theme-heavy character... It’s that personal aspect developing into a powerful sense of immediacy that is such an all-pervasive feature here."
Marlbank