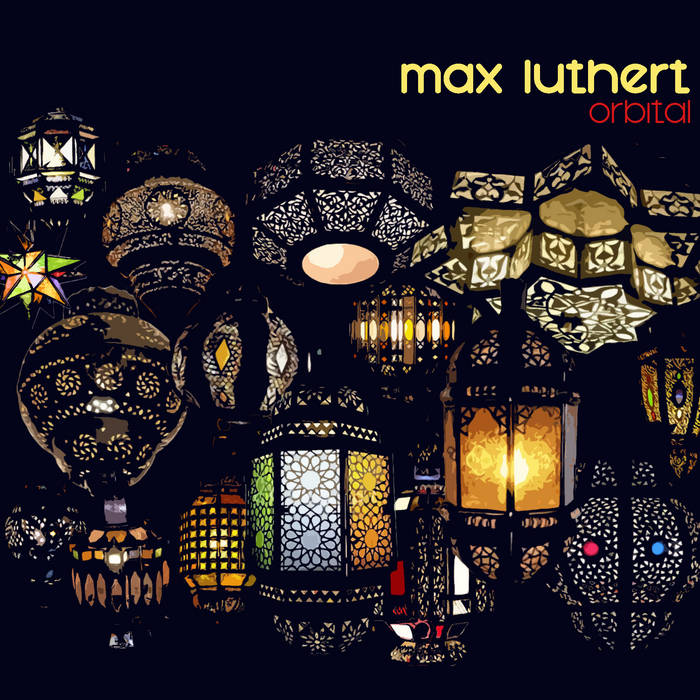 Orbital is the debut album from double bassist and composer Max Luthert, a London-based musician currently known for his work as a sideman in the bands of Zara McFarlane, Whirlwind-signed Partikel and Benet McLean. Heralded for his skills on the low end, providing strong support with his signature dark and husky bass sound, he steps out to release his own solo album that showcases his strengths as bandleader, arranger and composer.

Luthert’s group features long-standing musical collaborators in fellow Partikel leader Duncan Eagles (tenor saxophone), Gareth Lockrane (flute), Dave Hamblett (drums), Matt Robinson (piano) and Séb Pipe (alto saxophone). This sextet is at ease with itself having performed together in a myriad of situations over the years and as individuals they all provide notable contributions to Luthert's emotive originals.

Max explains: “When I started writing the music for Orbital the only elements I had in place were the musicians and the recording date. Living in London there is no shortage of incredible musicians with their own sounds and approaches to music. I'd been working with each of the musicians that I chose to be on the record in various ensembles throughout the last few years so I knew that when put together they would create the sound I was hearing. With that in mind I then embarked on writing the music. I found myself being inspired the most by books I was reading and as a result a number of the tracks are named after places or phrases. I was very keen that the compositions tried to replicate what I was imagining in the scenes of the books.”

The songs on Orbital blend intricate and modal harmony with sometimes irregular time signatures and forms next to anthemic themes, while Luthert grounds the ensemble with his immersive bass lines matched with poignant improvisations. Within the frontline there is the lush blend of flute with the two saxophones creating a soundscape that marks this debut out as an ambitious first outing that firmly kickstarts the solo career of one of Britain's finest young bassist/composers.

"A very mature work for a debut... Luthert has a fine sense of time and a big jazz vocabulary at his disposal, his modernistic sound encompassing the bass tradition that stretches from Richard Davis to Dave Holland."
★★★★ Marlbank

"An impressively mature début from Luthert. A set of compositions that are rich in colour and texture, the sextet line up allowing for plenty of variation in terms of tone and timbre."
★★★★ The Jazz Mann

"The tunes are all by Luthert and are lyrical, long-lined, melding nicely through written sections and solo space, sometimes running loose, sometimes enclosed by the arrangements... The title track is another really enjoyable piece, packing a punch that has the three woodwinds almost sounding like a big band, such is the richness of the writing."
The Jazz Breakfast